Following the decision by Waveney District Council to close Battery Green Park in Lowestoft, it has been agreed that the facility will now remain open until the end of March 2017.

“To ensure that a range of associated work including signage, as well as discussions with Lowestoft Vision and neighbouring retailers, especially Wilkinsons, can be concluded, we have decided that a small delay to the initial works would be appropriate.”

However, Cllr Barnard is keen to reiterate the reasons behind the initial decision to close the car park and explain why the decision would be good news for the town.

“As we have already stated, evidence shows that current demand for the car park is low and the huge cost of repairs cannot be justified.

“There are currently over 1,000 car park spaces in Lowestoft town centre with Battery Green currently providing under a quarter of the available allocation (248). However, according to ticket sales figures, our car parks are, on average, filled to between 33% and 40% of their total capacity each month. So even with the closure of Battery Green these figures would only rise to between 43% and 59% of capacity.

“Finding somewhere to park in Lowestoft is not, and has never been, an issue and we absolutely must look at ways to invest in the economic growth of the town rather than ploughing money in to a car park which isn’t needed. We are excited by the potential for creating something very special on this town centre location, bringing jobs and important regeneration to what is, admittedly, an unattractive site.”

The decision to keep the car park open until the end of March means that the offer from Lowestoft Vision, which provides free parking on Sundays and from 3pm on Wednesdays, will continue at Battery Green as well as at the Britten Centre Car Park.

“Lowestoft Vision is pleased that Waveney has listened to our concerns and those of the wider business community by delaying the closure of the Battery Green Road car park.

“The current free parking scheme on Sundays and from 3pm on Wednesday at the Britten Centre and Battery Green Road is boosting the attractiveness of Lowestoft town centre at a crucial time for retailers.

“We are looking forward to hearing more detail from the Council regarding their plans for the site and will work with them to ensure that the signposting to other car parks is in place ready for March.” 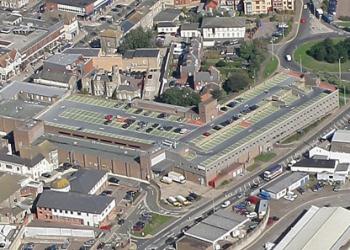