The creation of a new Town Council for Lowestoft has moved a step closer with the publication of a final proposal for local people to comment on.

It recommends the creation of a single town council for Lowestoft, plus a new parish council for Oulton Broad; and local people now have a further four weeks to express their views ahead of a final decision in November.

The final proposal has been developed by Waveney District Council and is based on responses received from residents living in Lowestoft and the immediate surrounding area, as well as the views of councillors and officers.

“As we have said previously, our preference is for the whole of the district to be represented by town and parish councils and these new councils would fill an important democratic gap.

Feedback from residents during the first stage of consultation showed that 69% of those that responded were in support of the creation of a new council or councils, and this final proposal reflects the desire of residents to have their own local representation.

The views of residents have been crucial to the development of our recommendations at each stage of the review and they now have a final opportunity to have their say.”

The final proposal is online at www.eastsuffolk.gov.uk/lowestoftcgr. Meanwhile, hard copies are also available to collect from the Marina Customer Services Centre or the Council’s Riverside offices on Canning Road.

Comments can be then submitted in a number of ways (and must be received no later than October 31):

Following this final stage of consultation, a decision will be made by Waveney District Council at a meeting of full Council on November 16. If the decision to create the new councils is approved, elections would take place next year on May 4, 2017. 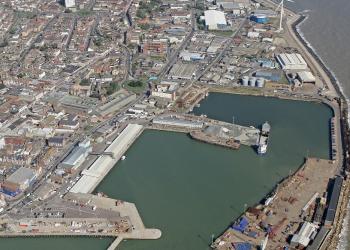