A partnership between Waveney District Council’s Building Control team and local developers Wellington Construction has been recognised at a regional awards ceremony.

The partnership between Waveney and Wellington Construction beat off strong competition from some of the largest contractors in the East of England, as well as larger local authorities.

“The partnership arrangement provides Wellington Construction with a consistent, reliable route for queries and offers them regular face-to-face communication and a single point of contact. The Council has been working with Wellington for 15 years and this award highlights the strength and professionalism of the partnership.”

“We were up against some stiff opposition in the best partnership award and it was an achievement just to be nominated. To win is excellent recognition for both organisations and the hard work in forming and working together in a true partnership manner. Partnership working is important to us and no more so with public/private organisations working together in our own home district for the benefit of the local wider economy.”

The LABC Building Excellence Awards celebrate the construction industry and the craftsmanship, innovation and sustainability involved in the creation of excellent buildings. The awards also recognise special working relationships which solve technical problems. The East Anglian awards form a regional stage of the national LABC Building Excellence Awards – regional winners are automatically shortlisted for the national ‘Grand Finals’ held later in the year. 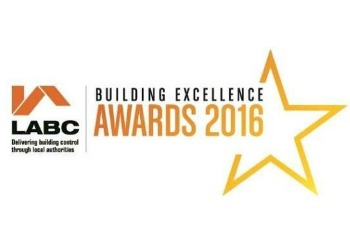