Suffolk Coastal and Waveney District Councils are delighted to confirm the appointment of Nick Khan as Strategic Director.

Following a rigorous selection process, led by councillors, Nick emerged as the outstanding candidate and will take up his position on July 12 2017.

Nick is currently an Executive Director with Rochford District Council in Essex. He is a qualified private and public sector lawyer and, alongside the Managing Director, leads the authority’s senior management team.

“We could not be happier to appoint a person of Nick’s calibre to a critical role during a hugely important period in the history of the two councils. He has considerable, relevant experience which will complement the skills we have in place, while also strengthening our ability to deliver our ambitions for east Suffolk.

“Nick stood out as a candidate and he is clearly excited by the opportunities that east Suffolk presents.  We were very impressed, not only by his experience, but also by his enthusiasm and determination to deliver our priorities and we look forward to him taking up his post in July.”

Nick has been appointed to fill a vacancy created by the departure of Arthur Charvonia to take up the role of joint Chief Executive for Babergh and Mid Suffolk councils. Complementing his broad strategic role, he will also have specific responsibility for Environmental Services and Port Health, ICT, Planning and Building Control, Coastal Partnership East and Communities. 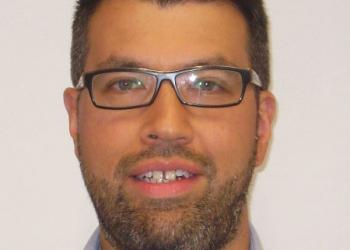