Posted by Waveney District Council on 15 May 2017 | Comments

It is with the very greatest sadness that Waveney District Council announces the passing of Cllr Colin Law, Leader of the Council, following a short battle with illness.

Cllr Law died this weekend at the age of 74 and leaves his wife, Deanna, two daughters, three grandchildren and a great-grandchild. We are all stunned by the loss of both a successful and influential Leader and warm, friendly and well-liked man. However we are all also thinking of Colin's family and friends at this sad time.

Cllr Law recently announced his intention to stand down as Leader of the Council this week but had fully intended to see out his term as a district councillor until 2019. Cllr Mark Bee was elected Leader of the Conservative Group on the Council last week, ahead of the election of a new Council Leader this coming Wednesday evening and he paid the following tribute.

“I have known Colin for over 15 years and in all that time he has been a Councillor on Waveney and also Suffolk County Council. For the last six years he has been Waveney’s Leader, having succeeded me in 2011. He has been an extremely hard working public figure and community leader and even during his recent illness he attended events and meetings and participated with his usual enthusiasm and determination.

"He was also a man of great kindness and a dry sense of humour, with an infectious laugh.  Waveney has lost a great councillor and all of us who knew him have lost a great  friend. He will be greatly missed by those on all sides of the political divide.”

It was the sombre task of Chief Executive Stephen Baker to announce the news to staff on Monday morning and he confirmed that, as a mark of respect, the flags at Waveney's offices in Riverside, Lowestoft and at East Suffolk House, headquarters for Suffolk Coastal, will fly at half mast. Books of condolence will be available at Riverside, The Marina Customer Service Centre and also at East Suffolk House, the headquarters of Waveney's partners, Suffolk Coastal. Councillors have also asked that a few moments quiet reflection are observed at 11.00 am this morning, in memory of Colin.

"Colin Law was leader of Waveney District Council during a period of considerable improvement, change, achievement and delivery. I'm confident he will be remembered for leading the Council through a remarkable period in its history, and I fully expect the tributes to him will recognise that. Colin was a pleasure to work with; a tireless and enthusiastic public servant who had a great working relationship with staff. He respected them and the feeling was absolutely mutual."

“This is very sad news for east Suffolk. I had an excellent working relationship with Colin and believe we should celebrate what he achieved during his life, which he committed to serving the local community. We could not have achieved what we have in building the successful partnership between Suffolk Coastal and Waveney District Councils without Colin’s hard work and commitment.

"On an informal level, our mutual trust was so complete that we would sometimes cover for each other, representing each other’s councils as well as our own, at meetings. He truly believed in partnership working to achieve what is best for local people and had the integrity to drive things through in a sometimes difficult political environment. On a personal level, I have lost a trusted friend and colleague. He will be greatly missed and my thoughts go out to his friends, family and colleagues at this difficult time.”

Cllr Law's Colin's family are devastated by his sudden and unexpected death, and have asked for some time and privacy to come to terms with events. The Council will, of course, respect that wish, but we will also provide them with all the support that we can at this incredibly difficult time. 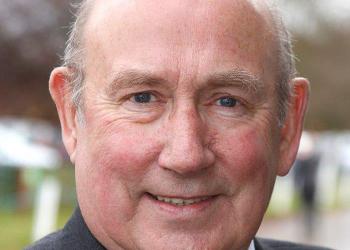