Congratulations to all the winners at this year’s Stars of Lowestoft and Waveney Awards! The awards ceremony took place at Ivy House Country Hotel on Tuesday 10 October, presented by BBC Suffolk's Mark Murphy.

“The awards are a real opportunity to recognise our local unsung heroes and celebrate the selflessness, hard work and courage within our communities.

As always, the standard of entries was extremely high and all those nominated should be extremely proud of their achievements.” 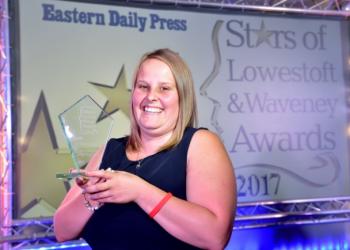