Having secured more than a quarter of a million pounds from the Government to fund programmes to help prevent rough sleeping, Waveney District Council has awarded the funding to the Access Community Trust to deliver the scheme.

The Access Community Trust (ACT) is a charitable organisation based in Lowestoft which promotes social inclusion for the community benefit by preventing people from becoming socially excluded, relieving the needs of those who are socially excluded and assisting them to integrate into society. ACT delivers a number of services for homeless people that are invariably not engaging with other statutory and voluntary services.

The funding is being awarded as part of a three year contract for a service which was co-commissioned by a number of statutory services (Suffolk Police, Great Yarmouth and Waveney CCG, Waveney District Council and Suffolk County Council). And as part of the arrangement, Waveney has also agreed to authorise an exemption to Contract Procedure Rules (CPR) because the services need to be in place in a short timescale to comply with the terms of the grant.

“This is a crucial sum of money to tackle an important issue and it underlines are determination to act quickly to address homelessness and rough sleeping. The Access Community Trust has an outstanding track record in Lowestoft and are entirely the right organisation to deliver results. Two posts will be funded. One for the ‘Making Every Adult Matter’ scheme and the other for a much needed mental health worker”

Under CPR, a full tender process would usually be conducted for services of this value. However, Cabinet have the power to agree exemptions for special projects where the services are below the EU threshold and the circumstances are exceptional. The value of these services are £266,250 and was awarded by the DCLG in the full knowledge that the purpose of the funding is to expand the current service to meet the needs of service users who are new to the street, as well as to employ a specialist mental health worker.

The momentum and further service development of the project would be thwarted if CPRs are applied in this case, with no other service providers in Lowestoft able to offer crash pad/hostel bed spaces or move-on accommodation for those affected.  It is imperative that the project is able to get on with recruiting to the posts as soon as practicably possible to allow the expanded service to become established and integrated with the current service delivery arrangements. 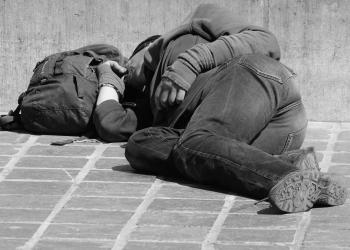