With spring on its way, the Suffolk Waste Partnership is again keen to support local community efforts to clean up towns, villages and countryside by getting involved in a litter pick.

Several groups across Suffolk are already planning to give their neighbourhoods a spruce up and it's hoped that with more groups and individuals taking part in litter picks this year, a real difference can be made.

“It is a great way to involve the community, get out and about and improve the habitats of local wildlife – as well as being really satisfying to see the difference it can make, it can be fun and a chance to meet other people too.

“Of course, it’s best if we prevent rubbish ending up in the wrong place to begin with, as we’d all prefer not to have to pick up other people’s litter at all.

“Keeping the county litter-free is good for our residents and wildlife, and a clean and tidy environment is more attractive for visitors to our beautiful county."

Many litter picks are expected to coincide with the national campaign the Great British Spring Clean which encourages communities to carry out litter picks during the weekend of 3rd to 5th March 2017, but all of the district and borough councils across Suffolk will support community efforts to carry out local litter picks throughout the year.

People can also check for events in their local area by viewing the online calendar of litter picks in Suffolk.

Groups organising a litter pick in east Suffolk can register for our Love East Suffolk scheme, which offers a £20 payment to all groups who register their litter pick to take place between 1 March to 31 May 2017.

Both Suffolk Coastal Norse and Waveney Norse can provide volunteers with equipment including sacks, disposable gloves, to groups by booking online and will also arrange for gathered litter to be collected. Litter pick sticks, bag hoops, and green vests can also be loaned out, subject to availability. 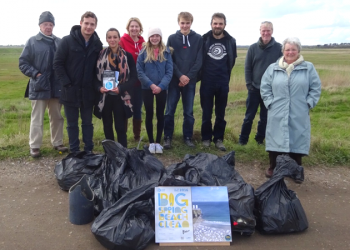