Home > Have your say on flood defences

Have your say on flood defences

Residents and businesses in Lowestoft are invited to have their say on proposals to reduce flooding from rivers and extreme rainfall, as well comment on the appearance of the permanent defences.

The Lowestoft Flood Risk Management Project aims to reduce the risk of flooding from the sea, rivers and from extreme rainfall. The project, which is currently estimated to cost £32.5 million, is due for completion in 2020 and includes the creation of a permanent tidal wall which will be built around the harbour to protect against tidal surges, with a tidal gate located near to the Bascule Bridge to prevent surge water entering Lake Lothing.

A public consultation begins today inviting people to comment on the look of the permanent defences and also have their say on proposals for reducing flood risk to properties vulnerable to flooding from rivers and rainfall. The project team are also looking for views on the environmental aspects of the permanent tidal defences.

“A number of areas in Lowestoft are vulnerable to surface water flooding, particularly around Kirkley Stream.

The unfortunate flooding in Aldwick Way and Velda Close in July 2015 demonstrated what can unfortunately happen. We are looking at the best ways to further reduce these risks and would like local communities, businesses and organisations to give their views on the proposed options.

The consultation also gives people an opportunity to comment on the proposed look of the tidal defences which will provide permanent and effective flood protection for years to come.”

Consultation documents, including visuals of the barrier design, are available online. Comments can be submitted online or in writing.

In addition, a drop-in event will be held between 2pm and 7pm on Thursday 30 November at the Riverside building in Lowestoft allowing residents the chance to view consultation documents and plans. A presentation will be given at 2.30pm and repeated at 4.30pm and 6.30pm.

This consultation closes on 14 December. 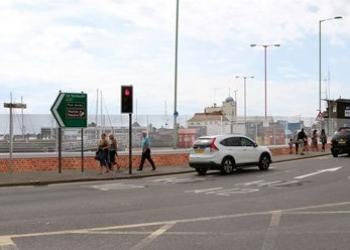