A hi-tech system for handling imports at the Port of Felixstowe has received national  recognition.

The Port Health Interactive Live Information System (PHILIS) has been shortlisted for a prestigious national award at the APSE Environmental Services Innovation Awards 2017.

PHILIS has been selected as a finalist in the Technological Innovation category of the Innovation Awards – with the winners due to be announced on Thursday, 19 October, as part of a 2-day APSE Environmental Services Seminar.

And this success comes at the time  when PHILIS, developed by Suffolk Coastal’s Port Health team, has made it to the silver screen - with a specially-commissioned film made by local company, Bruizer.

The film received its first viewing at Suffolk Coastal’s Full Council meeting on Thursday, 28 September 2017, where Councillors were updated on how the Council came to develop this bespoke software system for imported food control.

“It was great to see the success of PHILIS being recognised nationally and now being captured on a high quality film. Initially, the system was developed in-house to speed up our Port Health teams ability to handle the massive amount of imports that come through the Port of Felixstowe on a daily basis,”

“Now it has been licenced to  all the other major ports, handling 85% of all the food imported into this country, as well as also being adopted by Heathrow Animal Reception Centre to help handle live animals travelling into the UK.”

“PHILIS has been a great success. Suffolk Coastal’s Port Health has developed cutting-edge bespoke technology, which has been adopted nationwide to make handling huge amounts of imports faster and more efficient, saving time for our staff but also helping speed up the import process that our country depends upon.”

Since its development and launch at Suffolk Coastal’s Port Health Authority in September 2009, PHILIS has been developed to incorporate a scanning module to handle the high volumes of paperwork and original certification that accompanies imported food consignments.

A mobile module allows officers to check certification using a hand-held devices, while out on the port examining consignments. High resolution cameras within the mobile devices allow officers to capture information, such as seal numbers, labelling on packaging, establishment numbers and the condition of consignments, then quickly and easily link the photograph evidence to the job reference and case file within PHILIS.

This has proved invaluable when importers have challenged us on damage to a load during transit, providing the evidence to allow the Council to defend against insurance claims, which might otherwise have been difficult to fight against.

As well as enabling Port Health to deliver a quicker, more effective and efficient service, PHILIS has meant that increases in workload over the last nine years have been met without the need to increase the size of the team.

In addition to benefiting the Port Health service at Felixstowe, the software has now been licenced to all of the major sea ports: London, Mersey and Southampton. During 2016/17, the system has also been developed by the team to manage animal welfare requirements at Heathrow’s Animal Reception Centre (HARC).

You can view the PHILIS film here. 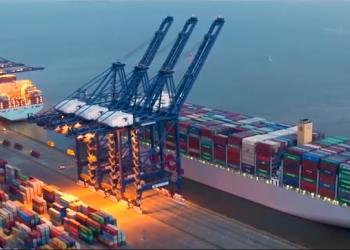