Following careful consideration of public concerns, a proposed eight month exclusion period for dogs on Southwold beach has been reduced to six months, just one month longer than current restrictions.

At a meeting of Waveney District Council’s Cabinet on Tuesday 24 January, ten of the twelve proposed Public Space Protection Orders (PSPOs) were adopted, with amendments for the order affecting Southwold beach. Two proposed PSPOs, those affecting Lowestoft and Kessingland beaches, were not adopted.

Many of the PSPOs replicate existing Dog Control Orders and therefore restrictions for dog owners at the majority of Waveney’s public open spaces remain the same. However, changes have been made to the controls affecting Southwold beach and Carlton Marshes Nature Reserve.

Under the current Dog Control Order for Southwold, dogs are banned from the beach from the northern-most end of the promenade along to the East Street steps between 1 May and 30 September.  Following calls to review and simplify this from local residents and Southwold Town Council, a proposal was tabled which would have prohibited dogs from the beach between 1 March to 31 October each year.

However, having considered all the responses received during last year’s public consultation, the adopted PSPO now features a shorter restriction period; dogs will now be excluded from Southwold beach between 1 April and 30 September each year. A larger exclusion area – from a point adjacent with the northern-most end of the promenade along to a point adjacent with the southern-most end of the promenade - was also adopted as per the original proposal.

“We have listened to the concerns of local communities, town and parish councils and visitors to the area. I would like to thank all those who contributed to the consultation, including the various dog owner associations who have provided valuable input.

We feel that the newly adopted PSPOs balance the needs of both dog and non-dog owners and will allow our beaches and open spaces to remain accessible and enjoyable for everyone.”

The PSPO affecting Carlton Marshes Nature Reserve was also agreed, banning dogs from a specified area of the reserve at all times. A further order, introduced following concerns raised by Suffolk Wildlife Trust, requires dogs to be kept on leads within other areas of the reserve.

However, the order restricting dogs on part of Kessingland beach has not been adopted partly due to a significant change in the character of the beach brought about by an increase in its width since the current controls were introduced. In addition, the proposed PSPO requiring dogs to be kept on a lead in the winter months on Lowestoft beach was not adopted. Therefore it is now no longer necessary to keep dogs on leads on Lowestoft beach between 30 September and 31 April.

As with the existing Dog Control Orders, the new PSPOs require owners to clean up after their dog in any public open space. Failure to comply is a criminal offence and could result in a fine, or fixed penalty notice.

Dogs must also be kept on a lead on the highway and roadside footpaths and verges, along with pedestrianised urban areas, sports grounds, cemeteries, churchyards, burial grounds and allotments.

The PSPOs will come into effect on 31st March 2017 and remain in force for three years, whereupon they will be reviewed. A suggestion to amend the summer restriction period for dogs on beaches to only be applicable between 8am-8pm will be considered at a later date. 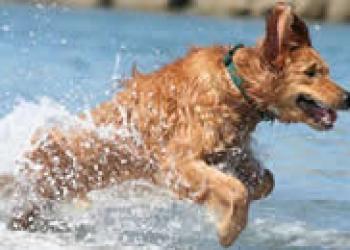