Nominations are now open for this year's Stars of Lowestoft and Waveney, sponsored by Waveney District Council.

The awards celebrate those who go 'above and beyond' to help their communities and who deserve recognition for their courage, commitment or dedication.

Nominations are now open for a range of categories, including:

Nominations are welcome until Friday 15 September, ahead of  the awards ceremony on 13 October at the Hotel Victoria.

Paper forms will also be available to pick up from branches of the Ipswich Building Society and East of England Co-op stores. 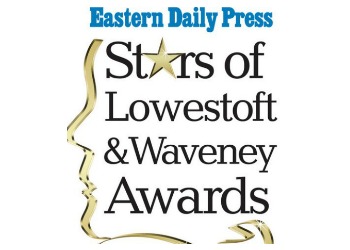