The Thorpe Road Car Park in Aldeburgh is receiving minor repair works this month to repair the surface of parts of the car park.

The work started on Monday 26 June following the Aldeburgh Festival and is expected to last two weeks.

During this time the north section of the car park will be closed to the public.

Suffolk Coastal invested in improvement works to the car park earlier this year to upgrade the drainage of the site and surface of the car park. Although the works were completed to the specification that we provided, and within the approved budget, we are now responding as quickly as possible to address the teething problems that have appeared since the completion of the work. 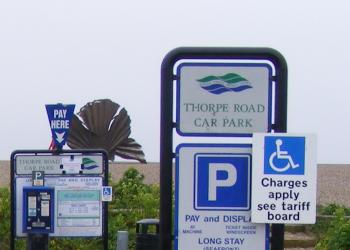