Following an announcement today by the Department for Communities and Local Government (DCLG), two more coastal towns in east Suffolk have been awarded Coastal Community status.

Leiston and Southwold have been selected to have their own dedicated Coastal Community Teams (CCT), bringing together local people, councils, volunteers and businesses to work together to drive forward future economic growth and prosperity in coastal areas.

In 2015, Lowestoft and Felixstowe were amongst the first twelve towns in the country to be selected for Coastal Community status. Over 100 more UK towns have since been selected to have a Coastal Community Team, including the Deben Peninsula.

“We are delighted that Southwold will now have its own Coastal Community Team. As already evident in Felixstowe, Deben and Lowestoft, CCTs enable our coastal towns to take control of coordinating projects and activity to guide the development of their local economy.”

“Coastal Community Teams allow local people and organisations to work together and focus on the specific challenges faced in their area. East Suffolk has some of the country’s most beautiful coastline and the work of our CCTs will help our coastal towns to thrive."

The Government is committed to supporting coastal communities and has so far funded 118 CCTs across the UK, giving £1.18m to help drive coastal growth. Leiston and Southwold CCTs will each receive £10,000 from the DCLG to help create an economic plan to provide a focus on prioritising the key economic issues facing the towns.

In December 2015, the three existing east Suffolk CCTs were awarded regeneration funding as part of the £3.7m Coastal Revival Fund (CRF). The Lowestoft CCT was awarded two £25,000 development grants from the CRF for the regeneration of both the South Lowestoft seafront and the historic Scores.

The Lowestoft CCT is also currently in the process of applying for £980,000 from the Coastal Communities Fund (CCF) to redevelop the area around Ness Point. A decision is expected in March.

For more information about the work of the east Suffolk CCTs, please visit: 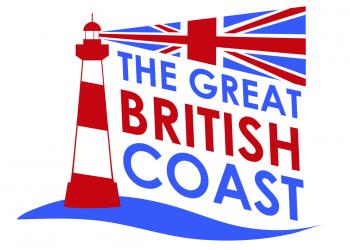