A planning application for a proposed exciting development in the heart of Felixstowe South Seafront has been submitted by Suffolk Coastal District Council.

The proposal sets out plans for a new beach café in the Martello Park, the design of which will be based around strong coastal themes and sympathetically balances its sensitive location whilst also being an iconic visual draw to this area.

The proposal was drawn up after an engagement event was held by Suffolk Coastal District Council, through Felixstowe Forward, in July 2018 to seek the views of local people about plans for Felixstowe’s future.

This gave the Council an opportunity to present the proposed plan for the South Seafront to the local community and gain important and valuable feedback. The majority of the feedback received was positive and supportive.

Cllr Geoff Holdcroft, Suffolk Coastal’s Cabinet Member with responsibility for Economic Development, said: “This is one of those rare occasions where the Council is the developer, and just like other developers, we need to go through the democratic planning process.

“A lot is happening in Felixstowe at the moment, and Suffolk Coastal has invested a lot in revitalising the town. We believe it is vital that we continue to build on this investment and create developments that benefit local people and visitors to the area.”

The proposed area for the development has been designated for a café since the first planning approval in 2009 and again in the implemented 2012 proposals. Although it was not part of the planning permission at the time, it formed a part of the masterplan for the housing developments and Martello Park.

The Council has since delivered a substantial and very popular play area at Martello Park and invested in the long term maintenance of its historic Martello Tower which forms the centrepiece of the park.

To view the planning application, search for ‘DC/18/3173/FUL’ in our Planning Search.

A CGI video to illustrate the proposal has also been uploaded on our YouTube  channel. 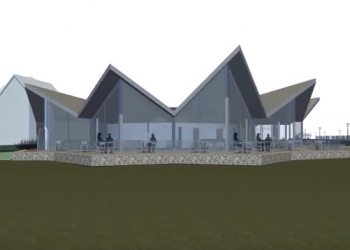