Councillors and staff at Suffolk Coastal District Council have been saddened to hear of the death of Cllr Raymond Catchpole.

Cllr Catchpole (73) had battled with prostate cancer for 12 years. He died peacefully at St Elizabeth Hospice on Saturday evening (14 July 2018).

“Raymond was a valued member of Suffolk Coastal. He was well-liked by fellow councillors and staff alike at Suffolk Coastal, where he was famed for his diligence, supportive nature and good manners. In short, he was one of nature’s gentlemen.”

“He is probably best known for his outstanding work as the vice chairman of the Planning Committee, where his careful, considered approach, complemented by his quiet sense of authority, helped massively when the committee was considering complicated and sometimes controversial applications.”

“It says a lot about Raymond’s quiet determination that he managed to contribute to this council in such a full and active way, particularly when he was only given three years to live when his cancer was first diagnosed over a decade ago.”

“Raymond obviously enjoyed his council work. He never let cancer get the better of him, throwing himself whole-heartedly into council work.”

“Raymond cared deeply about his local community. In fact, one of his main concerns and frustrations was that his illness meant he could not devote as much time and energy to his parish and district council work he would have liked.”

“On a personal note, I know I will miss his support and quiet, understated sense of humour, as well as his professional attitude and the gravitas he brought to the role.”

Cllr Catchpole was elected as Ward Member for Wenhaston and Westleton in May 2015. He had previously been the Parish Clerk for Cookley and Walpole Parish Council, as well as Campsea Ashe Parish Council.

One of Cllr Catchpole’s first roles with the Council was as one of the judges for the District round of the Village of the Year Competition.

He was also was a member of the Sizewell C Task Group and the Enabling Communities Task Group.

Cllr Catchpole was also temporarily appointed to Walberswick Parish Council, by Full Council , in early 2016 and so helped to ensure the Parish Council was quorate and able to transact its business.

Originally from Lowestoft, Cllr Catchpole had lived in Sibton for the last 30 years. A retired property developer, he was a highly-respected expert on Feng Shui, which he became interested in after working in Hong Kong.  He was one of the founders, as well as the chairman, of the UK’s Feng Shui Society.

He was married to Sylvia and had two stepsons, Nicholas and Jonothan.

There will be no funeral service for Cllr Catchpole, as he left his body to the University of Cambridge, for medical research. However, an event will be held to allow his family and friends to celebrate his life. 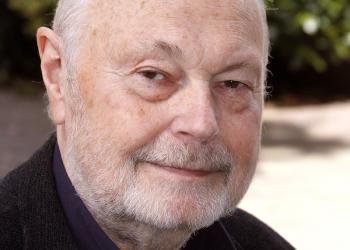