Following extensive consultation with local people, businesses and stakeholders, a final draft Local Plan for Waveney has now been published.

Local Plans are critically important documents which set out the strategy, policies and proposed sites for future growth in the area up to 2036. The Waveney Local Plan sets out the level of growth which needs to be planned, identifying where that growth should be located and how it should be delivered.

The Final Draft Plan is considered by the Council to be sound and it will now be published for an eight week period, during which stakeholders and members of the public can make final ‘representations’, explaining whether they support the plan or not. The period for representations runs until 5pm on Thursday 24 May. At the conclusion of this period, the Plan will be submitted to the Government for independent examination into its soundness.

This version is similar to first draft Local Plan consulted on in 2017 with a number of changes made to take into account comments raised. There have been changes to some site boundaries and masterplans, plus the removal of some sites altogether and the addition of others.

It incorporates plans for 9,235 new homes in the district and 5,000 new jobs and, as a legal requirement, will continue to apply to this particular geographical area following the creation of East Suffolk Council.

“It is important that we listen to local stakeholders and this final draft contains some changes to the original plan based on feedback we received. The breadth and quality of this feedback was impressive and the Local Plan will provide an important framework for our ambitions to bring further jobs, housing and prosperity to Waveney.”

The final draft can be viewed here and should the Planning Inspector find the Local Plan to be sound, a subsequent report will be brought to full Council to adopt the Local Plan later this year.

Drop-in sessions taking place in April and May are an opportunity to talk to Planning Officers about the Local Plan and receive advice on how to make a representation: 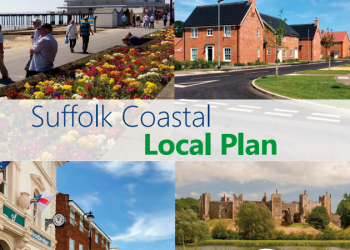