Following a series of school and community workshops, the first art installation from a cultural project linked to the creation of Lowestoft’s permanent flood defences will be unveiled this week.

On Thursday 28 June, the first installation from the Watertight Words project will be officially opened at the Town Hall in Lowestoft’s Historic High Street.

Watertight Words, run by Flipside, is a cultural animation project linked to the Lowestoft Flood Risk Management Project and is part of Great Places Making Waves Together, which is funded by Arts Council England and the Heritage Lottery, supported by Historic England.

A number of Watertight Words workshops were held recently involving over 1,000 local school children  and the wider community to explore responses to the sea, the history of flooding in the town and what the new flood defences will mean for Lowestoft. Words and phrases developed during these workshops have been used to create a series of striking typographical installations which will be displayed around the town whilst the flood defences are being constructed.

The first installation, by award-winning lettering artist Gary Breeze and displayed at the Town Hall with the support of Lowestoft Town Council, uses the words and phrases developed through the children’s workshops with local poet Dean Parkin.

“Parts of Lowestoft are vulnerable to both tidal and surface water flooding and we have seen in the past how devastating this can be for communities and businesses alike.

The permanent defences will reduce the risks from all types of flooding in the town and provide permanent and effective flood protection for future generations.

Watertight Words has given our young people, and the wider community, a wonderful opportunity to reflect how they feel about the sea and flooding.”

Participating schools, engaged through Lowestoft Rising and the Cultural Education Partnership, will be visiting the Town Hall on 28 June, along with Gary Breeze and Dean Parkin. This will be followed by an invitation-only launch event in the evening. The artwork is located on the exterior of the building and can therefore be viewed by members of the public at any time.

In addition to the temporary installations, Gary Breeze and Dean Parkin will create a piece of large-scale public art on the glass section of the brand new sea wall, which will be located on the South Pier.

Making Waves Together, delivered with nine partners and led jointly by Great Yarmouth Borough Council and Waveney District Councils, will strengthen and increase the cultural offer in Great Yarmouth and Lowestoft, support the production of culture to drive economic growth, support cultural education to inspire young people to influence the way the towns develop, and help the areas learn from one another and others.

The permanent flood scheme, known as the Lowestoft Flood Risk Management Project, aims to reduce the risk of flooding from the sea, rivers and from extreme rainfall. When completed, the £32m scheme will make sure that over 400 homes and businesses are better protected, as well as supporting the economic growth and regeneration of Lowestoft for many years to come.

The main focus of the project, a multi-agency scheme between Waveney District Council, Suffolk County Council, the Environment Agency, Anglian Water and other organisations, is the creation of a permanent tidal wall which will be built around the harbour to protect against future tidal surges, with a tidal gate located near to the Bascule Bridge to prevent surge water entering Lake Lothing. 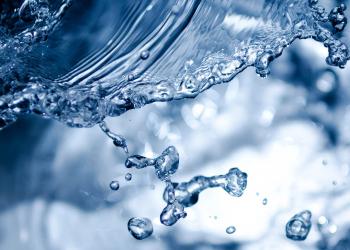