Plans for a brand new and exciting festival for Lowestoft, attracting up to 20,000 people to the town and celebrating local and international culture have been given a boost this week.

Representatives from Waveney District Council, HemingwayDesign and arts charity FlipSide met with Arts Council England last week to discuss the plans, including a wider year long cultural programme, and the latter have granted the partnership an initial sum to begin the development of the festival.

The ‘First Light Festival’ is a concept which evolved from the ongoing Lowestoft South Beach Vision project; a collaboration between internationally renowned designers HemingwayDesign (led by Wayne Hemingway MBE), Waveney District Council and other local partners and businesses.

The development funding which will see £10,000 from Waveney District and Suffolk County Council, boosted by a further £15,000 from the Arts Council, allows further work to be undertaken which will consider ideas for the festival and the co-ordination of efforts to secure full funding for the project.

As previously announced, Waveney District Council is working with Wayne Hemingway and HemingwayDesign, Flipside and the arts lead for Suffolk County Council, on a proposal for what would be an overnight festival.

“We are very pleased that the Arts Council have backed our plans with this initial funding. It shows that they like the idea. We know that there is a gap in the town’s cultural offering which an event of this nature could fill and this is a promising step in the right direction.”

“Recognition by the Arts Council that we have a viable idea is extremely important and although there is a long way to go secure the full funding to deliver the event, this is genuine progress on the road to creating something historic and exciting for Lowestoft and the region.”

“It has become abundantly clear that Lowestoft South Beach has the places and spaces - and the town and hinterland has a creative community - that can deliver an event that is totally unique, internationally significant and has elements that will appeal to all the community." 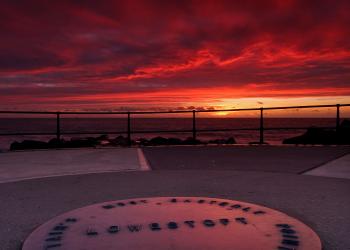