Have a safe Christmas

Local people are being urged to have a merry - but safe - Christmas and New Year.

And they are being warned about the potential consequences of having ‘one too many’ and ending up in trouble.

“Most people enjoy a drink and have a great time over the festive season, but there are always a minority who take it too far and ruin the fun for everyone,” explained Cllr Steve Gallant, who is Suffolk Coastal’s Cabinet member with responsibility for Community Health and also chairman of Suffolk Coastal Community Safety Partnership.

“We don’t want to be party-poopers, but we want Suffolk Coastal to be a place where everyone can go out and enjoy themselves in safety. So we have a zero tolerance policy towards alcohol-related bad behaviour.”

“And the consequences of this type of bad behaviour can last well into the new year – with you being banned from all the pubs and clubs in the area!”

Cllr Gallant was speaking to warn people of the consequences of drinking too much and ending up in trouble.

And he was highlighting the good work of schemes like Felixstowe Nightsafe - which was formed in 2002 by local licensees, and is supported by Suffolk Constabulary and the Suffolk Coastal Community Safety Partnership.

The aim of the group is to make Felixstowe a safe place to have an enjoyable night out by working together to prevent and reduce violence, anti-social behaviour, alcohol and drug related offences and general nuisance in or around licensed premises.

As part of this work, it has adopted a ‘Banned from one, Banned from all’ approach, which means that patrons who commit acts of aggression are barred from all participating venues for between three months and life, depending on the severity of the act.

When a patron is banned from one venue, their details are shared with other venues, which then also refuse them entry to premises.

Cllr Gallant said: “By working in partnership over the years, this scheme has a well co-ordinated response to identifying and preventing potential problems, making Felixstowe is a safer place.”

“So anyone misbehaving could find themselves barred from all the licensed premises in the area well into the next year – which isn’t really the sort of Christmas present anyone wants to boast about!” 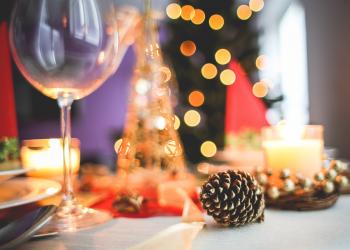