Have your say in how rivers are managed

A consultation has been launched which gives communities and local organisations more say in the ways in which rivers are managed and maintained.

The Environment Agency is considering proposals to transfer ‘flood risk management activities’ on a number of stretches of watercourses to internal drainage boards (IDBs), lead local flood authorities (LLFAs) and district councils. This will only happen where the watercourses have a low level of flood risk, are not associated with major rivers or major city centres and where the local community supports the change.

A transfer would mean that IDBs, LLFAs and district councils can take on more responsibility for their local flood risk, where appropriate – by carrying out activities such as maintenance or giving permission to carry out works.

The Environment Agency has been working with partners to consider proposals to ‘re-designate’ sections of watercourses in a number of locations. The watercourses will be re-designated from what is currently known as a ‘main river’ to an ‘ordinary watercourse’ – a change referred to as ‘de-maining’.

In Suffolk, partners include East Suffolk Internal Drainage Board, Suffolk County Council, Suffolk Coastal District Council and Waveney District Council. The Suffolk watercourses in the proposed transfer are the Bologney River, near Iken; the Cookley Watercourse, near Cookley; and the River Wang, near Wangford, including its tributaries the Uggeshall Watercourse and the River Trent.

“The project aims to bring more choice to communities and local organisations in how watercourses are managed and maintained. We want to strengthen local flood risk management and decision-making by ensuring the right people are managing the right watercourses.

“We want to hear from anyone who is affected by, or interested in, the proposals. This consultation explains how the proposed sections of watercourse are currently managed and funded and provides details on future management and funding if de-maining goes ahead.”

The project is exploring the potential to re-designate several sections of selected main rivers as ordinary watercourses in: various rivers in Suffolk, South Forty Foot Catchment in Lincolnshire and Stour Marshes in Kent. But if there is support for the approach it could pave the way for further de-maining in England.

For the Environment Agency, the project will also ensure resources are prioritised where the greatest impact on reducing flood risk can be achieved.

The consultation is open until 12 February 2018. You can view the proposals and give feedback on the .GOV website. 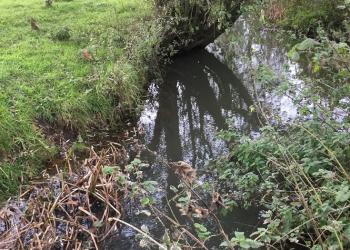