Sustrans, the charity that’s making it easier for people to walk and cycle, is working with Waveney District Council on an exciting new project. They’re investigating the viability of improving ‘access for all’ over the Normanston Railway Bridge.

The existing Victorian brick bridge is located on the south west corner of Normanston Park in Lowestoft and is currently accessible for pedestrians only. It has a stepped access with unsurfaced paths either side to Constable Close and Harbour Road.

Survey work is planned to take place before the end of the year and a wider consultation on plans for the new structure over the railway line will be carried out in the New Year.

“This is an exciting opportunity to provide a safe route with ‘access for all’ between east and west Lowestoft.”

“This work is part of the wider ‘Connecting Lowestoft’ programme, the umbrella for a range of wider schemes designed to improve transport and infrastructure within Lowestoft.

Funding for the feasibility stage at Normanston Bridge has been raised from a “Community Infrastructure Levy” paid by developers from other projects in the town." 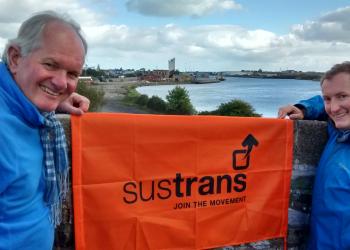