Officials from Suffolk Coastal and Waveney District Council were at Parliament yesterday, Wednesday May 9, to see the latest stage in the creation of a brand new ‘super district’ council for east Suffolk approved.

An “assenting motion” will now be heard in both the Lords and Commons. Finally, the Secretary of State for Housing, Communities and Local Government will then sign the Order, formally confirming the creation of the new Council, in the next few weeks.

“I am absolutely delighted that both the House of Lords and House of Commons have approved the Order to create a new council for east Suffolk. Each step brings an East Suffolk Council closer and we are now very near to the finish line.”

“Parliamentary approval of our plans is a clear indication that a new East Suffolk Council would be the best option for our local communities. This approval is fantastic news and I am very pleased indeed". 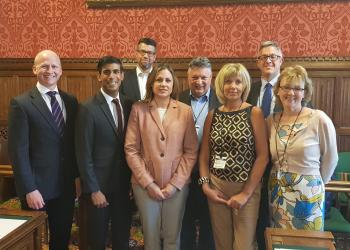