Over 1,000 of the most senior figures in British local government gathered at Grosvenor House, London on 21 March to celebrate the sector’s greatest innovators as they attended the annual LGC Awards ceremony.

Winning the Innovation category was the Port Health Interactive Live Information System (PHILIS) developed by Suffolk Coastal Port Health Authority for handling imports at the Port of Felixstowe, the largest container port in the UK.

The winners of the awards were selected by panels featuring some of the country’s most respected council chief executives and other senior council officers who interviewed representatives of the shortlisted councils.

“The LGC Awards are about celebrating the people and organisations doing the most to ensure their area succeeds. These people are true innovators, who are dedicated to local public service and improving their local area despite austerity."

“PHILIS has been a great success. Suffolk Coastal’s Port Health team has developed cutting-edge bespoke technology, which has been adopted nationwide to make handling huge amounts of imports faster and more efficient, saving time for our staff but also helping speed up the import process that our country depends upon."

In addition to benefiting the Port Health service at Felixstowe, the software has now been licenced to all of the major sea ports: Port of London Authority, Mersey and ABP Southampton - Port of Southampton. During 2016/17, the system has also been developed by the team to manage animal welfare requirements at Heathrow Animal Reception Centre - HARC.

The commercial success of PHILIS supports the councils' aim of financial self-sufficiency.

A specially-commissioned film has been made to showcase the success of the system, made by local company Bruizer. 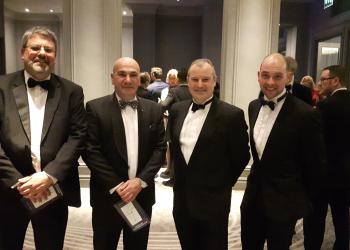