The OVO Energy Women’s Tour will return to Suffolk this June, as the county hosts the opening stage to the UCI Women’s WorldTour race on Wednesday 13 June.

Over 100 of the world’s top cyclists will race from Framlingham to Southwold, home of race sponsors Adnams, taking in a 130-kilometre route through Suffolk, including Wickham Market, Woodbridge, Ipswich, Stowmarket and Halesworth.

It will mark the fourth time that Britain’s biggest women’s cycling event has returned to the county, and in a boost for fans there will also be a chance to ride much of the route, in the OVO Energy Tour Ride sportive event supporting Breast Cancer Care on Sunday 1 July.

“We are delighted to be hosting the opening stage of this year’s OVO Energy Women’s Tour, welcoming the tour back to Suffolk for a fourth year.

The race will showcase Suffolk’s heritage and iconic landmarks, bringing major investment into the county. It will also encourage more people to take up cycling and live a more active and healthy lifestyle, contributing to our ambition to make Suffolk England’s most active county.

It will be an event that everyone can celebrate and enjoy.”

“We are thrilled to be welcoming the OVO Energy Women’s Tour to the area once again, particularly as we will be hosting both the start and finish of the opening stage in east Suffolk.

This popular event brings many visitors to our region and provides a real boost to the local economy. As always, we will be working closely with local communities, businesses and schools to get them involved with Tour-related activities.”

"Adnams has supported the Women’s Tour and Tour of Britain for a number of years and is delighted to welcome the professional riders back to Suffolk and in particular Southwold. It is a real credit to the County and the support of the local community that we are able to host a full stage in the County. 2018 is set to be an exciting year for cycling in Suffolk, with the addition of the Tour Ride and other cycling events to the calendar.”

Stage One will start from the centre of Framlingham, re-visiting the town midway through the stage as a bonus for spectators, with the finish coming on Southwold’s Promenade, just yards away from where the race began in 2016.

“We are delighted that the Grand Départ of the 2018 OVO Energy Women’s Tour will take place in Suffolk, a county that has enthusiastically supported the race since the inaugural edition four years ago. Upon departing Framlingham, this stage will take in many roads that have featured in both the Women’s Tour and OVO Energy Tour of Britain in recent years, while the finish on Southwold’s North Parade looks tailor-made for a fast and thrilling bunch sprint.”

“We are absolutely delighted to be partnering with the OVO Energy Women’s Tour for a second year.

It is particularly exciting for Breast Cancer Care to be involved in this year’s OVO Energy Tour Ride. More than 500 people in Suffolk will be diagnosed with breast cancer this year* and the funds raised from the Tour Ride will help our charity continue to support and make a positive difference to these people and the lives of the thousands of people facing breast cancer in the UK.”

In total 17 teams will compete in the 2018 OVO Energy Women’s Tour, including four British squads, Wiggle HIGH5, Trek Drops, WNT Rotor and Storey Racing, with the riders set to compete in the race being announced during the early summer.

Two weeks after the race a special sportive will take place on Sunday 1 July, starting and finishing in Southwold, giving members of the public the chance to ride one of two routes, both of which will use the Stage One route.  Further details of the OVO Energy Tour Ride supporting Breast Cancer Care, including how to enter are available on the Tour Ride website.

A one-hour highlights programme of every stage will be broadcast daily on ITV4 and Eurosport and available on demand via the ITV Hub and Eurosport Player. The OVO Energy Women’s Tour is a part of the UCI Women’s WorldTour, comprising 23 events around the world in 10 different countries. 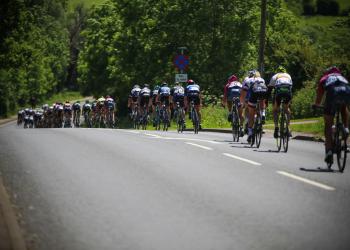