A former Leader of Waveney District Council and Suffolk County Councillor who played an instrumental role in the decision to build a third road crossing in Lowestoft is due to be permanently commemorated by the naming of a new, nearby road in the town.

Cllr Colin Law passed away in 2017 having led the authority with distinction for six years.  During this time, thanks in no small part to the tireless efforts of Cllr Law - working in partnership with Suffolk County Council - the Government agreed to provide funding for the construction of the bridge.

Cllr Law was also a County Councillor and, with final approval for the scheme,  the road in question will provide new access, as part of the bridge construction, to the Riverside offices which houses staff from both the newly formed East Suffolk Council and Suffolk County Council.

The decision – which is subject to ‘call-in’ before final ratification - was taken by East Suffolk’s Cabinet at their first ever meeting on Tuesday evening and Cllr Steve Gallant, Leader of the Council, believes it is a fitting way to honour Cllr Law’s contribution.

“With the blessing of his family, I am delighted that we have the opportunity to create a permanent reminder of Colin’s achievements and legacy. The naming of roads is the responsibility of the district authority and we can not think of a more appropriate recipient of this honour given his involvement in the project.

It has taken a huge amount of work from a range of partners  to get to this point, however I think it would be safe to say that we may not have got this far without the ambition, determination and direction of Colin Law.”

The Lowestoft third crossing project is managed by Suffolk County Council. In June, the current Public Examination period will close and by September the Planning Inspectorate will have submitted their report and recommendation to the Secretary of State. A final decision to approve the crossing is then expected in December.

Further information on the project can be found on the Suffolk County Council website. 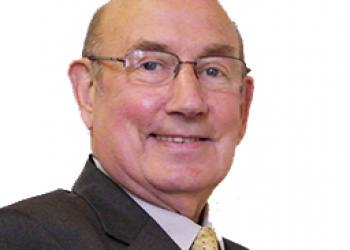