It is with very great sadness that Waveney District Council announces the death of Councillor John Groom at the age of 70.

John was a hugely dedicated and respected public servant who had served Waveney as a ward councillor for Bungay since his first election in 2000. He was also a town councillor, the Town Reeve and had been Mayor of Bungay on three separate occasions.

He served numerous committees at Waveney including regular stints as the Chair of the Council's Planning Committee.

He ran a well-known and popular local catering company with his wife Jayne and had been in the butchery trade for 55 years, running his shop in Bungay for 35 of them. He was beginning to wind down his business activities and was the only remaining independent butcher in the town.

John and Jayne were spending time keeping shire horses and have Suffolk Punch horses which they were taking to country fairs and horse trials, winning many trophies. The thoughts of everyone at Waveney District Council are with Jayne and all of John’s close friends and family.

“We are stunned and trying to come to terms with the news of John’s sudden passing. He was a wonderful local figure, a man of great warmth and determination who dedicated much of his life to local people and communities. John’s passing will leave a huge hole in many lives and Waveney will be a poorer place without him.” 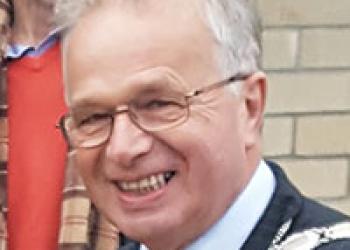