Dog owner fined for failing to clear up after pet

An East Suffolk resident who failed to clean up after his dog has been made to pay more than £1,000, following a court hearing last week.

Mr Mason did not attend the hearing at Ipswich Magistrates’ Court on Monday 14 October however the Court granted permission to proceed in his absence and found the offences proved.

On two separate occasions, Mr Mason was seen to allow his dog to foul in a public area without making any attempt to clean up afterwards. Both incidents took place earlier this year in Witnesham.

“East Suffolk is a dog-friendly district and we know most dog owners are responsible and clear up after their pets.

There are however a small number of inconsiderate people who feel the rules do not apply to them, but there is absolutely no excuse for failing to clear up after your dog.

We want to ensure that all public areas are safe for everyone to enjoy and will not hesitate to take action against anyone who is found responsible for despoiling our environment.”

In 2018, Mr Mason was found guilty of two similar offences and was ordered to pay £600.

Considering these previous offences, the Court fined Mr Mason £550 for the two most recent offences, as well as £450 in costs and a £30 victim surcharge. 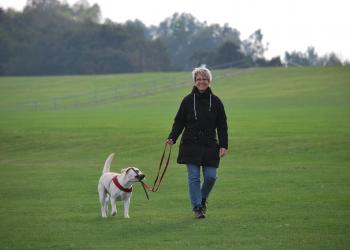