We are very saddened to have learned that former Waveney District Council Chief Executive Malcolm Berridge MBE has passed away.

An active and hugely dedicated servant to Lowestoft, Malcolm was made an MBE for services to the community in the town in 2009, nine years after he retired from his role with the Council.

Having recently celebrated his 80th birthday, Malcolm remained very active and was still the chairman of the Lowestoft Players theatre group as well as chairman of the trustees of the Broad House Museum in Nicholas Everitt's Park in Oulton Broad.

"During his time here as the Chief Executive of Waveney DC he engendered huge affection from staff, and great respect from all of those who knew him and dealt with him. He was a real gentleman, always supportive and calm."

After retiring, I know he went on to become a stalwart of local community groups and activities and his drive to serve and support his local communities was clearly undiminished. I offer my deepest condolences to his family and friends, though I feel they can be comforted knowing that Malcolm's was a life well lived, and that he was held in very high regard by all who knew him." 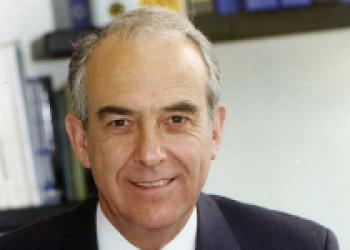