Home > News archive 2019 > Residents reminded only rain down the drain

Residents reminded only rain down the drain

Residents and businesses in Felixstowe, Lowestoft and Woodbridge are being encouraged to dispose of their waste correctly and reduce the pollution caused by litter entering the drainage system.

Through the project, local communities are reminded that surface water drains, including road gullies, are only designed to carry rainwater. Unlike foul water systems which feed into sewage treatment works, surface water drains usually lead directly to natural watercourses. Any waste entering these drains can therefore end up polluting the watercourses, harming fish and other wildlife.

To help spread the project’s message of ‘Only Rain Down the Drain’, Groundwork ‘Green Champions’ will be calling on homes in Felixstowe, Lowestoft and Woodbridge next week.

On Tuesday 13 August, the team will be in Felixstowe, then in Lowestoft on Wednesday 14 August and in Woodbridge on Thursday 15 August.

“We must protect our natural environment and by making small changes, such as ensuring small items such as cigarette butts, wet wipes and cotton buds are disposed of correctly, we can make prevent our watercourses from becoming polluted.

We would like to ask residents to always dispose of litter responsibly, either in the nearest litter bin or by taking rubbish home and placing in your general household waste bin.”

“We’re encouraging residents to think about what they put down the drains, and asking them to take a few small steps that, when completed by many, will make a big difference.

We’re urging residents to speak to the Green Champions who will give them advice on how they can reduce pollution and contribute to the Yellow Fish project.”

Representatives from Groundwork will have appropriate identification with them however anyone with concerns about a visitor to their property is asked to call 01473 350370 for clarification.

The team will call on residents in the following streets:

As part of the project, Groundwork will also raise awareness of the Refill scheme, which encourages people to take their reusable water bottle with them when they go out. Over 20,000 UK businesses, shops, cafés and public buildings are now registered as Refill Stations where people can refill their water bottles for free – this includes the Council’s Riverside offices in Lowestoft and East Suffolk House in Melton.

Representatives from Groundwork, along with Plastic Action Champions, will also be supporting an awareness event in Lowestoft town centre on Saturday 17 August. Organised by the East Suffolk Communities Team, the ‘Bin the Butt’ campaign will see members of the team speaking with local residents and visitors to the town about cigarette butt littering.

Cigarette butts are the most common form of littering - in a survey carried out in Lowestoft in July 2018, 53% of all litter was smoking-related waste, mostly cigarette butts. As well as harmful plastic, cigarette butts contain toxic chemical ingredients including arsenic, lead and nicotine which can all be released when the butts break up in the environment.

The Yellow Fish project is funded by the East Suffolk Partnership, the Suffolk Coast & Heaths AONB, Sea Changers and the Alfred Williams Charitable Trust. It is delivered as part of the Greenprint Forum’s ongoing Plastic Action campaign. For more information, please go to the Groundwork East website.

To find out how you can reduce, reuse, recycle and dispose of a wide range of everyday household items and materials, visit the Suffolk Recycling website. 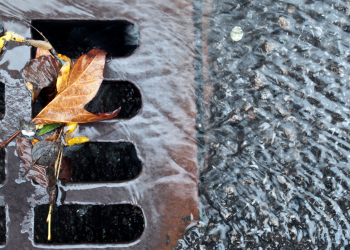