Visitors to Lowestoft’s town centre will soon benefit from improved public conveniences, with refurbishment work on some of the most frequently used facilities scheduled to begin next week.

East Suffolk Council will be carrying out improvement works to the public conveniences at Gordon Road in Lowestoft, including the addition of a new baby changing unit which will be accessible to all.

From Monday 9 September, the public toilets at Gordon Road will be closed temporarily whilst refurbishment works are carried out. The disabled toilet, next to the Wilko entrance, will remain open during the works, which are expected to take between 4 to 6 weeks.

It is estimated that over 145,000 people use these toilets each year and as a result, it is essential the facilities are kept in good working order.

Refurbishments include relocating the male toilets to create a more usable space and, in response to public requests, the addition of a separate baby change unit which can be accessed by all.

Energy efficient lighting will be installed as well as water-saving equipment which will conserve an estimated 150,000 litres of water per year.

“Due to their town centre location, these are some of the most frequently used toilets in Lowestoft and as a result, have begun to look a little tired.

We are pleased to be investing in these improvements, which once complete will result in modern and energy efficient facilities. We apologise for any inconvenience caused during their temporary closure.”

During the closure, visitors are advised to use alternative facilities at The Triangle Market and the Gordon Road bus station. 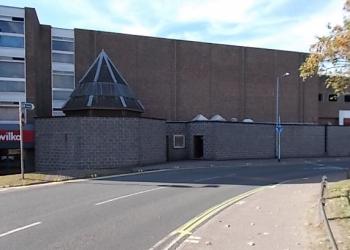