East Suffolk Council’s long-serving Chief Executive Stephen Baker has announced that he is to retire.

After a career in local government which has spanned four decades, culminating in 17 years at the helm of East Suffolk and its predecessor councils, Stephen will step down from his post at the end of this year.

As Chief Executive of the biggest district council in the country by population, representing 250,000 people across an area covering 487 square miles, Stephen has been at the forefront of local government innovation, becoming one of the country’s first ever joint Chief Executives when taking up the reins at Waveney District Council alongside his role at Suffolk Coastal.

He then oversaw more than a decade of successful, cutting-edge partnership working, culminating in the creation of East Suffolk Council, delivering the best possible services for local people. His leadership helped demonstrate that councils can deliver reform, innovate and transform themselves - with the streamlining and strengthening of local government principles and the delivery of a model for others to follow.

Stephen’s career in local government began at Ipswich Borough Council in 1982 where he performed a number of roles before being appointed Chief Executive at East Northamptonshire District Council in 2002.

He then took up a similar role at Suffolk Coastal in 2005 before taking up the shared role with Waveney from April 2008 to the creation of East Suffolk Council in April 2019.

Stephen is incredibly proud of his career and the journey he has been on with East Suffolk and its communities. He said: “Being in this role has been an absolute privilege, and it’s been a really tough decision, but now is the right time for me to move on, though it will be a huge wrench. The East Suffolk team have always been amazing, working so hard, making the job both exciting and a real pleasure; I thank them for all their support during my time as their Chief Executive."

Cllr Steve Gallant, Leader of East Suffolk Council also paid tribute. He said: “Stephen has been at the helm of East Suffolk since its creation but his part in our journey started many years ago. His experience and sage advice have been instrumental in making East Suffolk into an outstanding place to live, work, and visit. He can be incredibly proud of his achievements throughout his career, and he will be missed by the whole team.”

To ensure a smooth transition, recruitment for a new Chief Executive is now underway, with the council looking to make an appointment in the autumn. 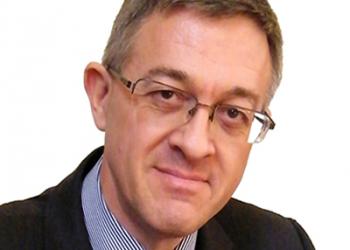