A Lowestoft man has been fined over £1,700 for failing to remove approximately 15kg of dog waste from his garden.

At a hearing at Great Yarmouth Magistrates' Court on Thursday 30 January, Paul McConville of Avondale Road, Lowestoft was found guilty of breaching an abatement notice under Section 80 of the Environmental Protection Act 1990.

Mr McConville did not attend his court hearing and permission was granted to proceed in his absence. The court fined Mr McConville a total of £1,775 comprising £500 for breaching the abatement notice by failing to remove the waste, a further £500 for breaching the abatement notice for failing to prevent the recurrence of the waste, £400 costs, £325 compensation and £50 for the victim surcharge.

“East Suffolk is a dog friendly district and we know that most dog owners are responsible and clear up after their pets.

There are a small number of inconsiderate people who feel the rules do not apply to them, but there is absolutely no excuse for failing to clear up after your dog, even on private property.

I would like to thank our Private Sector Housing team for persevering with this unpleasant case; we will not hesitate to take action against anyone who is found responsible for despoiling our environment.”

Following complaints from residents in Avondale Road about an accumulation of dog faeces in a neighbouring garden, an officer from East Suffolk Council’s Private Sector Housing team visited the property in May 2019. A large quantity of dog waste was seen and a letter was sent to the occupant, Mr McConville, asking him to clean up the faeces. After two weeks, the waste had not been removed and so a further letter was sent.

The waste was still present during visits from the Private Sector Housing officer on both 7 and 20 June. On the latter visit, the officer observed the amount of waste had increased and this now amounted to a statutory nuisance.

An abatement notice was served on 25 June, requiring removal of all animal waste from the rear garden within 7 days and dispose of it in a lawful manner. The notice also prohibited recurrence of the nuisance. Mr McConville did not appeal against the notice.

No effort was made to remove the waste, despite Mr McConville being given additional time. As a result, two officers removed approximately 5kg of animal waste from the garden on 13 August.

Further waste accumulated, despite a further letter reminding Mr McConville of the ongoing requirements of the abatement notice. During a site visit in September, officers noted the waste was still present, along with a strong smell which would have prevented the neighbours from using their garden.

On 2 October, the Council notified Mr McConville that a breach of the abatement notice had been observed. He was also notified of the Council’s intention to clear up the faeces and that the costs of doing so would be recharged to him.

During a site visit to remove the waste on 3 December, Mr McConville denied receiving any letters and suggested his dogs may have eaten them. He also claimed to be unaware the Council had previously cleared the waste in August.

With the defendant’s permission and having been told he would be billed for the clearance, contractors cleared the waste for a second time. Approximately 10kg of waste was removed and disinfectant sprayed over the area.

Between 16 July and 13 August 2019, Mr McConville breached the abatement notice by failing to remove and lawfully dispose of all animal faecal matter from the rear garden of his premises.

Between 25 September and 3 December 2019, Mr McConville again breached the abatement notice by failing to prevent the recurrence of an accumulation of animal faecal matter within the rear garden of the premises as was required by the abatement notice. 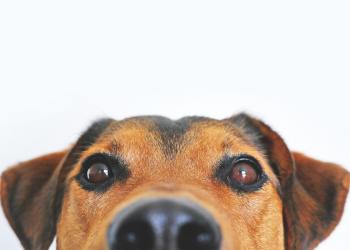