On Wednesday 24 August, Waveney District Council’s Planning Committee gave consent for the demolition of former office buildings on the town hall site in Lowestoft. The buildings, owned by the Council, will make way for a new development which will include a catering retail outlet. This development will help to regenerate the area, bringing new jobs, customers and businesses to this part of the town.

At the meeting on Wednesday, the Committee rejected plans for a fast food restaurant in their current form and these plans will now be revised and resubmitted to Councillors for their consideration at a later date. However, with demolition approved, this particular work will get underway immediately, with contractors expected to enter the site shortly after the Bank Holiday weekend.

Demolition will, of course, NOT include the historic town hall itself, which will be retained and refurbished for community use by new occupants. 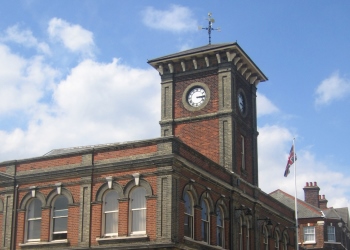