The finalists for this year's Raising the Bar Awards have been announced, with 11 unsung educational heroes nominated from across east Suffolk.

The awards, taking place at Trinity Park in Ipswich on Monday 26 June, will celebrate achievement and excellence in education across the county.

Former Newmarket Town footballer, Shaun Whiter has been confirmed to speak at the Raising the Bar Awards 2017.

The former Newmarket Town footballer lost both his legs after a hit and run accident in July last year. Since then he has overcome many challenges including taking on a 150-mile charity cycling challenge last month.Shaun has shown positivity and strength in the face of adversity,raising thousands of pounds for charity during his recovery.

At this year’s Raising the Bar Awards, Shaun Whiter will speak to presenter Terry Baxter about his inspirational journey to recovery and his aspirations of becoming a Paralympic athlete.

Ahead of the event, Shaun Whiter said:

“I want to start off by saying thank you to everybody involved in Raising the Bar for allowing me to be involved with such a great night planned.

“This will be a chance to see some amazing people awarded and recognised for the hard work they put in on a day to day basis. These guys and girls are unsung heroes and deserve to be recognised and with Raising the Bar, this will happen.

“I personally look forward to the evening and sharing my story.”

This year’s finalists have also been announced, they are:

Rising Star of the Year

Young Achiever of the Year

Inspirational Young Person of the Year

Educational Setting of the Year

Educational Leader of the Year

Business Partner of the Year

Support Staff of the Year

Unsung Hero of the Year

Innovation of the Year 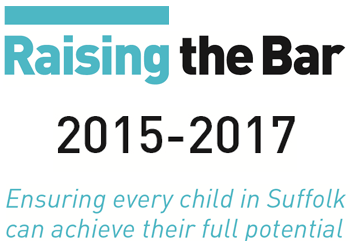