Business invited to get involved in First Light

Local business owners are invited to find out how they could get involved in a major new festival taking place in Lowestoft next year.

Plans for the brand new and exciting First Light Festival are taking shape, lead by HemingwayDesign and FlipSide and supported by Waveney District Council. The concept is for a free, non-stop 24 hour festival right on Lowestoft’s South Beach, running from noon on 22 June to noon on 23 June 2019, with music, dance, kids and health and wellbeing zones, films, visual arts, a producers and makers market and the best local food and drink. Key moments of sunset, midnight and sunrise will be marked with lots of interactive events – creating a new tradition for Lowestoft.

On Wednesday 7th November, Wayne Hemingway of HemingwayDesign and Genevieve Christie of FlipSide will be hosting an open event to explain how local businesses can be involved in the First Light Festival. The event is at 5pm to 6.30pm at the Hotel Victoria, Kirkley Cliff Road, Lowestoft, NR33 0BZ and businesses from Lowestoft and the surrounding area are invited to attend.

“The secret to the success of a major event such as First Light is a town and region’s businesses feeling part of, contributing to and benefitting from the event. The First Light Festival is emerging from the DNA of Lowestoft and will be the town’s best opportunity to ‘shine a light’ on its attributes for many a year. Please come and join us and add power to our elbows.”

First Light will play a major role in making Lowestoft a ‘must visit’ destination, building a tradition that attracts thousands of visitors to Lowestoft during the festival. A review of other seasides has shown that festivals and events can bring ‘new’ visitor groups into towns and during the development of the Lowestoft Seafront Vision, it became clear that there was considerable community support for a significant festival in Lowestoft. The festival will also support the delivery of a year-round programme of creative activity in Lowestoft and Waveney for schools, colleges and community groups.

For more about the festival, please visit the First Light Festival website. 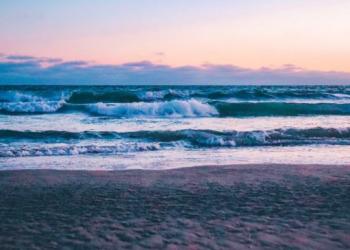