We were saddened to learn of the passing of Daphne Mellor, a former Waveney councillor and the district’s first ever female Chair.

Daphne, who was 86, had represented the Lowestoft ward of Carlton between 1976 and 1985 and her historic appointment to the role of Chair took place in 1981; a role she served with great distinction for two years.

Her family told the Council that Daphne Mellor spoke very fondly of her time with Waveney and that being a District Councillor was one of the happiest periods of her life, particularly given that she was the first female Chair.

The funeral service will be held at St. Mary's Church, Attleborough on Thursday, January 18th at 12 noon, followed by committal at St. Michael's and All Angels Church, Bunwell.  Cllr Mark Bee, Leader of Waveney District Council and Cllr Frank Mortimer, the Council’s current Chair will be attending.

Donations in lieu of floral tributes may be given, if desired, for the upkeep of St. Mary's and St. Michaels and All Angels churches. 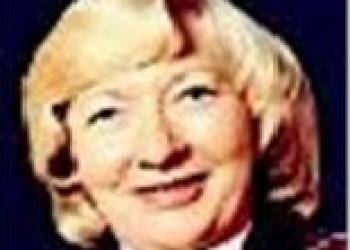