Plans are being developed to expand popular Skatepark in Woodbridge.

Following the recent refurbishment of the neighbouring Deben Leisure Centre, the area immediately behind the leisure centre became vacant. This area has now been earmarked to expand the space available at Woodbridge Skatepark.

Suffolk Coastal District Council wants to hear what the users would like to see in the additional space. To have your say, please email your ideas to leisure@eastsuffolk.gov.uk by 16 November 2018.

Cllr TJ Haworth-Culf, Suffolk Coastal Cabinet Member with responsibility for customers, communities and leisure, said: “Woodbridge Skatepark has now been open for a decade and it has proven very popular with young people of all ages and abilities.

“We have been given this fantastic opportunity to expand the area, and we want the views of the people who use it. So if you have an idea, it doesn’t matter how big or small, we want to hear it.”

All ideas received will be shared with a number of skate companies, who will come up with their proposed design based on these. On 16 February 2019, an event will be held where the skate companies present their design ideas to the users, who will vote for their preferred one.

Once the winning design has been chosen, the users will have the opportunity to sit down with the skate company to go through the design and work with them to make sure they get what they want.

Woodbridge Skatepark was built in 2008, in a partnership between the local community, Woodbridge Town Council, Just 42 Youth Club and Suffolk Coastal District Council. It officially opened in January 2009. 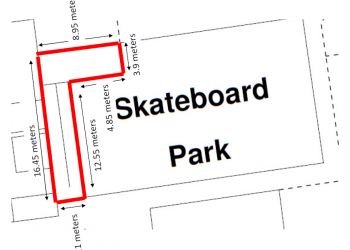