Community projects across East Suffolk have received a funding boost to support their activities which benefit local residents.

Following successful applications to East Suffolk Council’s Enabling Communities ‘Exemplar Grant Programme’ earlier this year, 17 community projects have been chosen to receive funding. The projects will each receive a share of £147,378 to help deliver projects and activities which will benefit East Suffolk residents.

The selected projects include the refurbishment of local village halls and play areas, the construction of a Heritage Hut, theatre workshops to help disadvantaged groups engage with the arts and the delivery of a programme tackling eating disorders in local schools.

“We are delighted to award these local projects with funding through the Exemplar Grants Programme. We were extremely impressed by the quality of this year’s applications and the range of innovative and impactful activities being supported by volunteers and groups across the district.

We want to help local organisations deliver a wide range of community activities which improve and enhance the lives of our residents. Funding for smaller projects is still available through our Enabling Communities Budgets and we would encourage any group to apply to support their activities.”

The 17 projects to receive funding through the ‘Exemplar Grant Programme’ are:

The Exemplar Grants Programme enables community groups to deliver large ‘flagship’ projects, with funding of up to £10,000.

Whilst applications for this round of the Exemplar Grants Programme are now closed, local groups and organisations can still apply for funding to support their activities via the Council’s ‘Enabling Community Budgets’.

A total of £412,500 has been allocated for 2019/20 from the New Homes Bonus, funding generated through new houses built in the district.

Distributed equally amongst each of the Council’s 55 members, each ward councillor has a £7,500 Enabling Community Budget to spend on community projects or to develop new projects which tackle community needs in their area.

Previous projects which have benefitted from Enabling Community Budget funding include play areas, village hall refurbishments and equipment, community events, projects supporting people with disabilities and the purchase of defibrillators.

Apply for funding through the Enabling Communities Budget scheme. 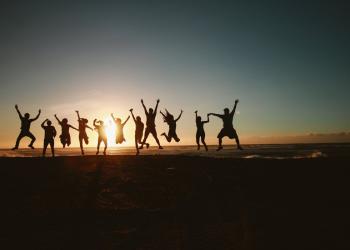