Members of the public are invited to have their say on the potential options for the Ipswich Northern Route when the consultation officially begins on 5 July 2019.

The public are being asked to comment on three proposed routes for the new road to the north of Ipswich. The consultation is being jointly developed by Suffolk County Council, Ipswich Borough, East Suffolk and Babergh and Mid Suffolk Councils. It is also supported by West Suffolk Council.

The consultation information and questionnaire will be available online and will run for ten weeks from Friday 5 July until Friday 13 September 2019. During this time eleven drop-in sessions will be held throughout July where members of the public can find out about the project and speak with the team.

Here are the details for the 11 events:

More information about the proposals, the information events and how to take part in the consultation can be found on the Ipswich Northern Route website from Friday 5 July.

“I promised earlier this year that we would keep residents informed about our shared plans for the Ipswich Northern Route consultation. Today we are announcing the timescale for this starting on the 5th of July.

There are a number of opportunities for people to attend information events, to talk with the project team about the proposals. We are also encouraging as many people as possible to take part in our online consultation once it begins.

The public consultation will inform the Strategic Outline Business Case and will assist us in considering the next steps.”

“Traffic delays in and around Ipswich have an impact on everyone in the area, and that’s why we at Mid Suffolk welcome this work on the consultation on a new relief road.

Many people outside Ipswich know what it’s like to be caught in traffic on the A roads outside the town, and I’d urge everyone to take part in this consultation and give their views on the proposals.”

“A new road that helps cut down on congestion and travel times on our county’s road network when this important strategic route is blocked isn’t just a benefit for Ipswich, but for all of Suffolk.

We in Babergh are certainly familiar with the congestion along the A12 and A14 at Copdock, Wherstead and Belstead when the Orwell Bridge is closed.  I hope everyone takes part in this consultation and I am certainly looking forward to giving feedback on the proposals.”

“This is an important scheme which will have a significant impact on residents right across Suffolk and particularly those in the south of our district.

With this in mind, I hope as many people as possible will take part in the consultation to ensure that their views are heard and can be considered"

“A Northern Bypass is a priority infrastructure project for Ipswich and I know that for many people in the town it cannot come soon enough.

I would urge everyone to respond to the Ipswich Northern Route survey giving their views so that this project can move on to the next stage.”

“Moving people, goods and data across Suffolk is vital to make sure we have a thriving economy and prosperity for our communities.

Many residents and businesses in West Suffolk travel to, through or past Ipswich and making that journey easier is important for the economy of West Suffolk and the county.

The A14 is an international trade route for the UK and a vital artery for West Suffolk where we, with partners, have been and are lobbying for improvements. I would urge people to take part in this consultation and make sure you have your say.” 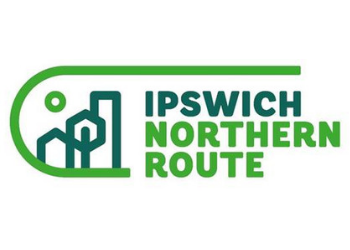