The Union Cycliste Internationale (UCI) has announced that Trinity Park in East Suffolk will host the 2021 and 2022 editions of the UCI Masters Cyclo-cross World Championships.

The successful bid was made by Steve Grimwood, together with partners East Suffolk Council and the Eastern Cyclo Cross Association.

Suffolk has a strong track record of delivering major cyclo-cross events, including three national championships, an edition of the European Championships and numerous events registered on the UCI International Cyclo-cross Calendar. Most recently, the venue played host to round five of the 2018/19 HSBC UK | Cyclo-cross National Trophy Series.

The announcement was made at the 88th annual Congress of the UCI, which took place in Harrogate on Friday during the 2019 UCI Road World Championships.

“On behalf of everybody at British Cycling I’d like to congratulate Steve, East Suffolk Council and the Eastern Cyclo Cross Association on their successful bid to host the 2021 and 2022 UCI Masters Cyclo-cross World Championships.

With grassroots participation continuing to grow and success at the very highest level for riders such as Tom Pidcock and Evie Richards, this is an incredibly exciting time for cyclo-cross here in Britain, and I’m sure that the two events will be another fantastic showcase of everything the discipline has to offer.”

Both events are scheduled to be held at Trinity Park (Suffolk Showground) just outside Ipswich, with a number of course enhancements planned in the lead-up to the event, while it is also hoped that various other junior and senior races can be incorporated into the event schedule.

“We are excited to once again to be bringing top class cyclo-cross to the UK and to Suffolk. Together with our Partners at East Suffolk Council and Eastern Cyclo Cross Association we look forward to delivering a fantastic championships and welcoming visitors from all over the world. We also look forward to working with our venue host Trinity Park to build a fantastic new course to challenge and accommodate all riders.”

The exact dates of the championships will be announced later this year. 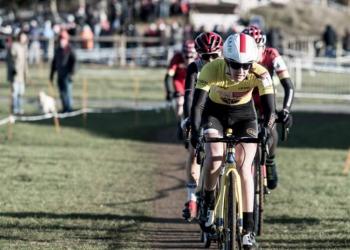