Get running for charity

Get your running shoes ready as Honour Run returns to Rendlesham Forest next month to raise money for charity!

Following the success of the first Honour Run event held last year, East Suffolk Council and the Suffolk British Legion are putting on the event once again on 20 October to help raise money for charity.

“The first ever Honour Run proved a great success last year, raising a total of £2,600 for the Suffolk British Legion Poppy Appeal which supports serving and ex-serving men and women in the armed forces.

Entries are now open for this year’s event and people of all ages and abilities can participate – it doesn’t matter if you want to walk, jog or run – to help raise money for this deserving charity, all while getting some exercise and fresh air. There are limited spaces though, so make sure you book yours now!”

The run is talking place in Rendlesham Forest which was established after the First World War when Britain had an increasing demand for timber.

If running isn’t your thing but you’d still like to help raise money for the Suffolk British Legion Poppy Appeal, we are also looking for volunteers to help us run the event on the day.

For more information about volunteering, please email activecommunities.scdc@eastsuffolk.gov.uk or call 01394 444652.

See more information about the event and sign up. 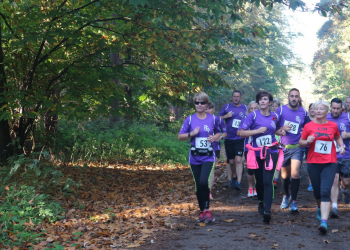