Ahead of a meeting of East Suffolk Council's Cabinet to discuss the construction of offshore windfarm developments by ScottishPower Renewables (SPR), the Leader of the Council, Steve Gallant, has underlined his, and the authority's concerns regarding the schemes' likely effect on local communities and environment.

While East Suffolk Council is strongly in favour of renewable energy, Cllr Gallant says he is "disappointed" with the submitted applications in their current form, which lead him to believe that the benefits will be considerably outweighed by the potential impacts of the proposals.

ScottishPower Renewables (SPR) have submitted two separate applications for offshore windfarm developments off the East Suffolk coast with onshore infrastructure from Thorpeness to a substation site immediately north of Friston. During Phase 4 of the consultation the Councils objected to elements of the scheme, with concerns ranging from visual impacts, to environmental concerns and the effect on tourism and visitor numbers.

Cllr Gallant said: “The Council recognises the national benefit these projects will bring, but only provided this is achieved without significant damage to the local built and natural environment, local communities, and tourist economy. The local impacts of the projects and their cumulative impacts need to be adequately and better addressed.

“While there will be positive benefits here and for the wider region, the negative impacts of the developments would be felt almost exclusively by local communities. The approach to these schemes is primarily commercially driven and until sensible and appropriate mitigation and compensation packages are proposed, we will continue to object to the proposals in their current form."

Cllr Gallant added that the Council will continue to make the necessary approaches to Government Ministers as well as working closely with Suffolk and Norfolk Councils who are experiencing similar pressures.

He also compared the issues with the SPR development to the proposals for Sizewell C Nuclear Power Station, which East Suffolk Council are also seeking to resolve.

He said: "With Sizewell, again, the outcome of the Stage 4 consultation failed to answer questions which we have posed and we do need them answered in the DCO submission. However, we have not objected to the proposals so far because we can see the potential for benefits regarding highway improvements, skills improvements, education benefits and jobs for the local area."

East Suffolk Council's Cabinet will consider a report regarding the Scottish Power Renewables Schemes on January 7 2020. Among the recommendations, the report states: "That this Council continues to engage with SPR to identify means by which the impact of the proposals can be mitigated and/or compensated if the developments do take place and seek appropriate s106 agreements to secure the necessary mitigation and/or compensation." 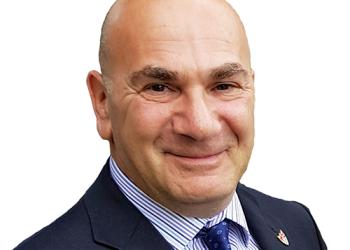