A man has been fined more than £200 after being found guilty of a littering offence.

At a hearing at Ipswich Magistrates’ Court on 16 April, Tony Midwinter was charged with littering following an incident last year.

On 6 September 2018, Mr Midwinter was witnessed throwing a cigarette end on the ground in Valley Road, Leiston before driving away. The incident was reported to Norse and Mr Midwinter was issued with an £80 fixed penalty notice which he failed to pay, despite being sent reminders.

Mr Midwinter, who did not attend his court hearing, was found guilty of littering and was ordered to pay a total of £230, comprising £100 in compensation, £100 for costs and £30 for the victim surcharge.

“There is no excuse for littering and we will always try to hold those responsible accountable for their actions. The Council can issue a fixed penalty notice of £80 to those who cause littering and, as shown in this case, failure to pay this notice can result in legal action and further fines. Please always dispose of your litter responsibly and if there is not a litter bin nearby, please take your rubbish home with you.” 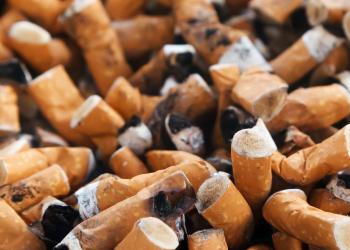