More time to have your say on Southwold Harbour Management Committee

We are seeking views on the constitution of the newly-formed Southwold Harbour Management Committee and to give people more opportunity to have their say, the consultation period has now been extended.

Following a historic agreement between Waveney District Council (predecessor authority to East Suffolk Council) and Southwold Town Council, supported by local harbour users, it was agreed in March 2019 that a new strategic body called the Harbour Management Committee (HMC) would be established to oversee all Southwold Harbour operations.

This agreement was designed to ensure that there is more local involvement and engagement in the management and delivery of harbour operations and to safeguard its future.

It was subsequently agreed that further consultation would be required to help establish who, and from which organisations, should form the new Committee.

To take part, anyone can complete an online survey or attend a 'drop-in' event on 26 October (10am to 2pm) at Stella Peskett Hall.

The consultation now closes on Monday 18 November 2019 and a final decision on the HMC's constitution will made at a future meeting, later this year. 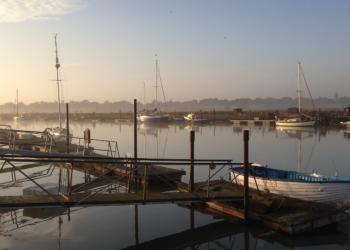