Visitors to this week’s Latitude Festival are encouraged to stay safe and avoid the risks associated with harmful drugs.

In 2016, the former Suffolk Coastal and Waveney District Councils (now East Suffolk Council) took a proactive step towards tackling anti-social behaviour, by banning the possession and consumption of ‘legal highs’ at the Latitude Festival.

Working in partnership with Suffolk Police and festival organisers Festival Republic, the Councils issued a Public Space Protection Order (PSPO) which bans the possession and/or consumption of psychoactive substances, also known as ‘legal highs’. Effective for three years, the PSPO has now been renewed in time for this year’s event.

Valid from Thursday 18 July to Sunday 21 July, the PSPO covers the entire festival site at Henham Park, near Southwold, as well as the surrounding roads.

Following a number of deaths linked to legal highs, Government legislation was introduced in 2016 prohibiting the production, distribution, supply, importation or exportation of these potentially dangerous drugs. However the legislation does not prohibit possession.

“These are dangerous drugs and those who take them are often responsible for causing anti-social behaviour.

The introduction of the PSPO specifically for Latitude has been effective over the past few years in deterring people from using legal highs whilst at the festival.

Latitude is an incredible event and we would encourage visitors to follow police advice and have a safe and enjoyable time.”

Officers from the Council’s Anti-Social Behaviour Unit will be present at the festival, supported by Festival Republic’s security team. Anyone found to be in breach of the PSPO will be asked to surrender the prohibited item and is liable to a fine of up to £1,000. A Fixed Penalty Notice may be issued.

The PSPO is effective for a further three years and the restrictions also apply to nitrous oxide canisters. 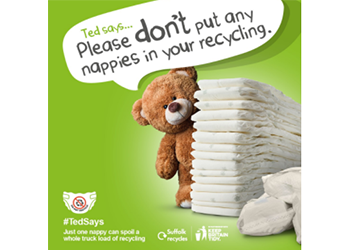