East Suffolk Council has today welcomed progress from ScottishPower Renewables (SPR) in addressing a number of concerns raised by the Council about their applications for offshore windfarm developments off the East Suffolk coast.

SPR submitted two separate nationally significant applications for offshore windfarm developments - East Anglia One North (EA1N) and East Anglia Two (EA2) – in 2019 and the projects propose offshore export cables which would run underground for approximately 9km between Thorpeness and a site north of Friston village where the onshore substations would be located.

East Suffolk Council’s Cabinet, at its meeting in January 2020, resolved that whilst maintaining overall support for the principle of offshore wind as a significant contributor to the reduction in carbon emissions, and for the economic opportunities it may bring to the locality, that it would raise an objection to specific aspects of the proposals which have significant impacts onshore.

However, subsequent discussions between both parties have provided further information and led to an enhanced package of mitigation and compensation in relation to works being proposed. Therefore, with this in mind, the Cabinet now agrees that the Council can move towards a ‘neutral’ position regarding the proposals.

Cllr Craig Rivett, East Suffolk Council’s Cabinet Member for Economic Development said: “There are still areas of disagreement with regards to operational noise at the substations site and the cumulative impacts of future energy development which have not yet been satisfactorily addressed. We would also like to see further commitments in relation to the design of the substations and will continue to work with the Applicants to reduce the impacts of the projects.

“However, we do of course continue to support the principle of offshore wind and we are pleased that SPR have responded to our request for additional compensation and mitigation in relation to the onshore cables. This is a positive sign and means that we can move our overall position towards ‘neutral’ on both proposals.”

The Council will also continue to engage with the Applicants to address areas of concerns raised within the Council’s Relevant Representation and Local Impact Report. 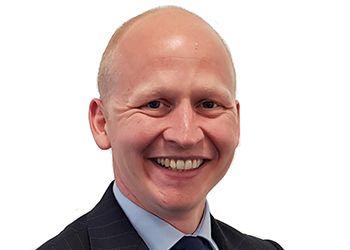