A major Lowestoft regeneration project which will see the redevelopment of the Council’s current Customer Services Centre and the Battery Green car park has taken a step forward with the appointment of a design team.

Norwich-based architects Chaplin Farrant and design studio HemingwayDesign have been appointed as the joint design team for the ‘Cultural Quarter’ project and will produce detailed designs to be submitted for planning in spring 2023. The proposed designs will also be made available for public consultation.

The Cultural Quarter project is one of five transformational regeneration projects which are detailed within the Town Investment Plan and which received £24.9m from the Government’s Towns Fund.

Cllr Craig Rivett, East Suffolk’s Deputy Leader and cabinet member for Economic Development said: “Having seen their high-quality contemporary designs on other recent Lowestoft projects including the new Eastern Edge beach huts, I am delighted that Chaplin Farrant and HemingwayDesign have been jointly appointed to develop the designs for this major regeneration project, which is just one part of our ambitious plans for Lowestoft. As with all our projects, we will continue to work with local businesses and the community to ensure everyone’s views are considered.

“As well as enhancing the town to attract investment and encourage visitors, our regeneration plans for Lowestoft aim to increase opportunities for residents and will help create a town to be proud of.”

Mark Camidge, Director at Chaplin Farrant said: “We are hugely excited to have established a team of local consultants with whom we can deliver the project as well as the internationally acclaimed – Hemingway Design. Both

Chaplin Farrant and Hemingway Design have extensive experience of working in Lowestoft having developed Eastern Edge, East Point Pavilion and the First Light Festival for East Suffolk Council and this next project will further enhance the area around Battery Green and the Marina Centre to provide an amazing new Cultural Quarter for Lowestoft.”

Along with the other Towns Fund projects, the Cultural Quarter project is expected to be complete by March 2026.

About the Towns Fund
In 2019, Lowestoft was chosen as one of 100 UK towns to benefit from the Government's £3.6 billion Towns Fund. Each town was invited by the Ministry for Housing, Communities and Local Government (now the Department for Levelling Up, Housing and Communities) to develop a proposal for a Towns Deal, with up to £25 million available to bid for.

In 2020, a Town Investment Plan which sets out Lowestoft’s ambitions, opportunities and challenges over the next ten years was submitted to the Government as the basis of a £24.9m application to the Towns Fund, focusing on five transformational regeneration projects.

The full funding was provisionally secured in March 2021, in which a Town Deal was agreed in principle with Government, subject to the completion of detailed businesses cases for each of the five projects. These were completed in March 2022 and all five projects received final approval from Government in July 2022.

The five projects are:

All five projects have now advanced to the design phase and in the coming months, residents, businesses and visitors will be able to view proposed designs and learn more about each project.

The Lowestoft Town Investment Plan was developed in partnership with the Lowestoft Place Board, which comprises representatives from public, private and voluntary organisations and is overseen by East Suffolk Council. 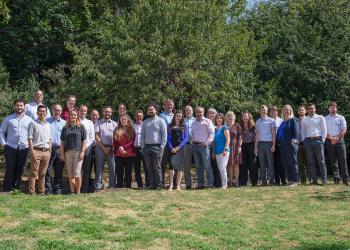