An upcoming conference will focus on harnessing hydrogen power to help further establish East Suffolk as a major hub for energy production.

By examining East Suffolk’s potential to become a national centre for the generation, distribution, innovation and adoption of hydrogen, the event will aim to underscore the collective ambition of the private and public sector to achieve net zero.

Among the objectives of the East Suffolk Hydrogen Conference will be to identify and unlock any barriers limiting the development of the local hydrogen economy.

“We see a significant opportunity for East Suffolk to become a UK leader in the early development of a clean hydrogen eco-system, encompassing its production, consumption and supporting infrastructure.

“Hydrogen could play a key role in our ambitions to reach net zero targets. At the same time, we recognise the economic value of supporting the embryonic hydrogen economy.

“There exists a range of opportunities for clean hydrogen application, including port related activities at both Felixstowe and Lowestoft, and in the Council’s own physical assets.”

The UK’s ambition is for 10 Gigawatts (GW) of low carbon hydrogen production capacity by 2030, subject to affordability and value for money, with at least half coming from electrolytic hydrogen.

"Clean hydrogen could play a key part in our efforts to achieve net zero and I'm excited to know that we are embracing opportunities to build a green economy here in East Suffolk, creating both economic and environmental benefits for all."

Delivered in partnership with the Suffolk Chamber of Commerce and in association with the Hydrogen Sector Council, the East Suffolk Hydrogen Conference will showcase planned local hydrogen developments and provide an opportunity to engage with developers, end users, innovators and stakeholders.

The conference will feature presentations on the national and regional perspectives of the rapidly growing hydrogen economy, followed by local development updates led by East Suffolk-based hydrogen producers and end users.

Clare Jackson, CEO of Hydrogen UK, will be keynote speaker and will be joined by major energy developers and end users such as EDF, Scottish Power Renewables, Conrad Energy and Windcat Workboats.

A targeted Q&A panel session will also explore, with the audience, some of the key challenges and opportunities of the nascent hydrogen industry.

“We at Windcat have worked with our clients for almost 20 years to design fuel efficient vessels for the offshore renewable sector.

“As our clients now move to produce hydrogen within the same fields we operate within, we believe there is the same responsibility, if not duty, upon us as the vessel designer and operator to become an off-taker of this truly green fuel using it to power our vessels; large or small.

“The journey has commenced with the Hydrocat 48, now operating on a dual fuel hydrogen basis and will continue with our new MK5 CTV and much larger CSOV’s recently ordered.

“Given the significance of the Lowestoft region to our business and to the current and future offshore renewable sector it is critical that the hydrogen infrastructure is developed to support the sector’s needs.”

The event takes place from 9am-1pm on Thursday 23 February at the OrbisEnergy Centre, in Lowestoft. Click here for full details. 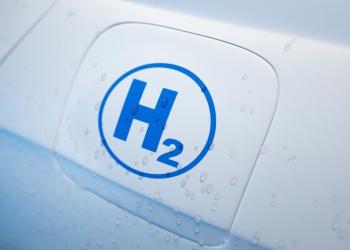