An exciting mix of food traders have been announced for the soon-to-open East Point Pavilion in Lowestoft.

Following six months of works on the iconic sea front building, the Pavilion will officially open its doors on Friday 17 June, the evening before the 24-hour, non-stop, multi arts First Light Festival kicks off.

The East Point Pavilion is owned by East Suffolk Council but will be run by First Light Festival Community Interest Company (CIC).

Genevieve Christie, First Light Festival CEO and one of First Light CIC directors said: “We’re so excited to be able to announce the names of the traders who will make up the food community at East Point Pavilion. It’s such an amazing location and we think it will be a real asset to the town with something for everybody, whether you’re a local resident or visitor. We have exciting plans to run a year-long schedule of live music, DJs and performances, alongside a varied calendar of artisan markets and community-led workshops and events.”

Cllr Craig Rivett, East Suffolk’s Deputy Leader and cabinet member for Economic Development said: “This is an exciting stage in the refurbishment of the East Point Pavilion into a modern space for visitors and the community to enjoy and we are looking forward to its completion. The repurposing of this prominent building forms part of our ambitious plans to regenerate Lowestoft’s popular seafront, including the construction of 72 eye-catching contemporary huts further along the beach.”

Find out more about the East Point Pavilion 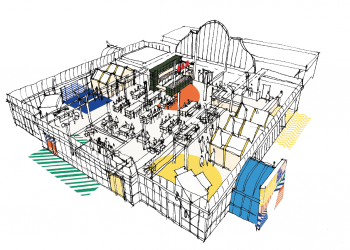